The Author shares these insights from his shackled walk of 25 years as he subjected himself under ultra-traditional, charismatic-prophetic-apostolic types of churches, as he sought for recognition and entrance to pursue his call.

These are the deafening words that accompanied him in his silent exit from his final captivity into the roadway of fulfilling his 25-long-awaited-years Call from God. These words preceeded after he was spiritually ordained as he saw in a vision a small tongue of fire and accompanied by heaven’s goldish kingly glory with the unfolding of these words:

But ye are a chosen generation, a royal priesthood, an holy nation, a peculiar people; that ye should shew forth the praises of him who hath called you out of darkness into his marvellous light. 1 Peter 2:9 KJV

In less than an hour of beholding this glory, he was struck by a bad back sprain. The Author writes from his sick bed this apostolic message to believers of Jesus Christ. See the devils one needs to battle with to align with God’s call.

Key Emphasis 1: We Are Slaves of Denominationalism

An oxymoron word as it were, Churchianity is a word that is uncommonly used to describe a life that is entrenched in everything church, a life enslaved in the fulfilment of every religious requirements of a denomination, yet a life apart from God. Let me qualify that though the word denomination is used by those on the other side of the fence to describe the mainline churches, the irony is that the same ‘devil’ is also evident to these type of churches. Whilst the non-denominational churches pride in their freedom from everything that is religious, these also adopt praxis that is sometimes unbiblical and moreso in their ecclesiastical structures and styles of doing church. One would be surprised that this even exists in the reformed traditions of the charismatics, pentecostals and even apostolic brand of churches.

Key Emphasis 2: We Walk With Shackles

One of the things the Holy Spirit enlightened us is that many good-intentioned Christians are bound and walk with shackles of traditionalism, theology and churchianity. Many Christians are gullible enough in the guise of honour, to devote themselves in their labour of love, while not realising the true nature of these churches.

Many leaders of these non-denominational churches even demand their followers to address them as papa, father and the modern ‘dad’ even despite their cultural use of such salutations all under the guise of the misappropriated element called ‘covering’.

Key Emphasis 3: We Walk Without Protocol

The revelation that we received just yesterday is about our approach towards God. We fail to realise that our God is a God of order and that Jesus has sent us Helper, the Holy Spirit to accurately connect us to His Father. We are guilty of trespassing these protocols amidst our spirituality and verbosity, set by Jesus through Whom we reach God. We often diminish the role of the Holy Spirit, the parakletos, Who is indeed our God-sent Helper.

Key Emphasis 4: We Walk In Isolation

A dream we received about 2 year was instrumental in unveiling the lie of denominational leaders conning their followers that their so-called network or entity was the only accurate model on earth to reach heaven. An egoistic approach that easily blinds the followers and rubbishes every other church, denomination and movements.

In that dream, a certain network that we belonged to was occupying a certain corner of the mega-ship. God enlightened our spirit that there is only ONE SHIP which is Jesus’ Ship on the earth, in which are all the global churches and each occupying a little part of the ship.

Key Emphasis 5: We Walk In Intimidation

God-given call is not easily seen or recognized by ego-centric and evil leaders who;

Prolonged periods of intimidation is a common weapon intentionally engaged to derail these called out ones. The words ‘you are not international’ was constantly drummed up to the Author. Such actions and words have debilitating effect on the called out ones over a period of time. If it wasn’t for God Himself that sustained him, the Author would have lost his sanity to dispose off his very call in God. How many more lives have to plough this pathway to arrive to their place of call in God?

Prayer: Jesus Christ, help me today to love You single-heartedly and to live to please only You. In Jesus’ Name. Amen

Great is the Lord! He is most worthy of praise! No one can measure his greatness. Psalms 145:3 NLT

To look in to the fact our God in Jesus is a faithful God. Rejoice because your PRESENT and FUTURE is secured!

9 Jun 20179 Jun 2017 ~ MY BIBLE RESOURCE ~ Leave a comment
Original Article published and re-published by permission of the Author, Facebook/R.J.JOHN
https://m.facebook.com/notes/rjjohn/open-heaven-malaysia-2017/1109914762443479/
Open Heaven Malaysia 2017
When I was given an invitation to come for this conference entitled Open Heaven Malaysia, I was thinking deep down in my heart. Why is the title Open Heaven? What does Open Heaven mean?
I didn’t want to go for the conference in the beginning but God put the burden in my heart to support this Conference and the couple, the Host of this conference, Rev George Varughese and Sister Lethisia Mary. So since the burden was so real in my 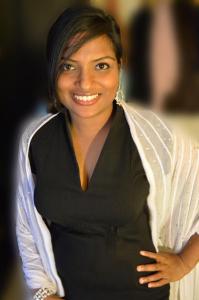 heart for this couple who is beginning their ministry, I made myself available to just be able to support this couple to start their ministry. But least did I expect, I was blessed instead. Each session of the conference was mind blowing, spirit filled and it gave deep truths and revelation of the Bible. The couple told me before the conference, that they are going to honor the forerunners of the christian ministry in Malaysia. I was like, “Why should we honour them? Wouldn’t God honour them in Heaven? I didn’t get His revelation but during the conference when the honouring session was ongoing the presence of God filled the conference hall, that it was so real and then i realise, this couple started their ministry by first honouring the forerunners first, by acknowledging their works in Malaysia and beyond and a voice whispered to me,’
“They have started a great beginning because they choose to honor My leaders.’’
Isn’t that amazing? You come to a conference not just to listen to the word but each session was different, spirit filled. I seriously experience the presence of God so real in my life. The revelation was deep truths. Open Heaven is to manifest the glory of God in our lives here on earth. Open Heaven is to experience the presence of God real in our lives here on earth today.
One sentence the guest speake Rev Dr Attah mentioned, “You dont pray to preach.You dont study to the bible to preach.You pray for yourself. You fast to encounter the deep relationship with God and thats when God’s presence will bring you to another whole new level.’’
I was blessed by this conference. I am excited to see how God is going to bring this couple to the whole wide world as they begin their ministry. Someone wise told me this before, never despise small beginnings.
God is raising leaders all around the world. The world must hear Jesus.
Check out their ministry page and be blessed. https://lifechangingfactory.com/
Acts chap 1:8.
But you will receive power when the Holy Spirit comes on you,and you will be my witness in all Judea, Samaria and to the ends of the earth.
All the best Rev George Varughese and Sister Lethisia Mary
-R.J.JOHN-
Like R.J.JOHN FB FAN PAGE
4 Jun 20174 Jun 2017 ~ MY BIBLE RESOURCE ~ Leave a comment

We truly feel this will birth something great in this nation and in your very lives. Come to experience God’s reality in your life. Find out more below.
To Register Online Click
https://lifechangingfactory.com/2017/05/16/registration-form

Greetings in the Name of Jesus Christ,

And He Himself gave some to be apostles, some prophets, some evangelists, and some pastors and teachers, for the equipping of the saints for the work of ministry, for the edifying of the body of Christ, till we all come to the unity of the faith and of the knowledge of the Son of God, to a perfect man, to the measure of the stature of the fullness of Christ. Ephesians 4:11-13 (NKJV)

Resounding Apostle Paul’s instruction, we would like to be given an opportunity to work with you and to build with you. This is the mandate we received from Jesus Christ towards fulfilling our calling of ‘Transformation of Dead Stones to Life’ which is essentially to build that ‘one brick’ which is the building unit of the house of God. Call for Partnership

In view of our Open Heaven Tour Malaysia, we are also praying for strategic partnership with key leaders in Kedah, Perak, Pahang, Johor, Sabah, Sarawak and Labuan for the following:

I. To assist in organising this tour in your respective state;

II. To be a launching pad for us to reach out to pastors, churches and believers in your respective state;

III. To provide venue and ministry arrangements for us to host Open Heaven Conference in your respective state.

If this resonates with your spirit kindly contact us to arrange for a phone call and thence towards an appointment.